One of the best things about producing an album is having a an excuse to hold a launch event.  And because K’s Choice the City of Music II is a compilation album it meant that as well as enjoying performances of the musicians playing on the night, I could enjoy the company of lots of the other musicians featured on the album, all those artists who luckily for us weren’t busy playing elsewhere, and had turned up to support the event and their fellow musicians.

So on the evening of Friday 30th May Sound Food & Drink on Duke Street was a veritable rogues gallery, chock full of local musical celebrities.  Loads and loads of me bezzie mates all in one gaff!

Well, early doors the place was already filling up nicely, which is always a good sign.  And it seemed to be filling up with discerning, music loving people who’d made the trip into Liverpool especially for the K’s Choice launch event.

You’re such a lovely audience, we’d like to take you home with us…..

Sound always has a friendly atmosphere, it is a wonderful place to play and to hear live music, but tonight was even more special than usual.  Without a word of exaggeration I’d say there was electricity in the air! 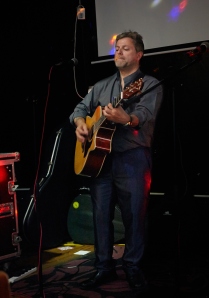 As K’s Choice host and compiler of the album, it was my most pleasurable job to kick us off and got us in the mood.  So, wearing my new shiny suit, I launched into a short 15 minute set of my original material to (let it be said) tumultuous applause(!), before giving way to the first of five most excellent featured guests………

Matt Carroll – “To A New Beginning”

First up was singer-songwriter, Matt Carroll, who wowed a very appreciative and receptive audience with a good, solid set of his own self-penned songs.  Matt is a local musician of some renown and has been a great friend to K’s Choice, having supported a number of our less busy events in the past, so it was a great treat to see him run through his somewhat edgy, though most melodic repertoire in front of a full house.  It was wonderful to hear an acoustic version of his contribution to the City of Music II album, a song with something of a rockin’ feel to it, called “To A New Beginning”, which features as track 12 on disc 2. And Matt’s set was certainly a great beginning to a wonderful evening of musical entertainment!

Hannah Kewn and her band

Following Matt, Hannah Kewn and her band took to the stage.  Accompanying her own very individual and mesmerising vocal on acoustic guitar, Hannah’s sound was augmented perfectly by Isaac on electric guitar and Simon on djembe.  In a lovely laid back set, Hannah included her song from the first K’s Choice album, “Be the Birds” as well as the one from the volume 2 album, “Tell Me Straight”.  Hannah’s style is all her own, a relaxing and comforting sound, a smooth treat for the ears, but her songs’ slightly off-beat hooks keep you listening to hear just where she will take you next.

Now it was time for K’s Choice favourites Rob Jones & Rob White to do their most excellent thing.  The two Robs’ style borrows a great deal from the early Beatles, with a dash of the Monkees, mixed together with vocal harmonies reminiscent of Simon & Garfunkel, a very pleasing cocktail.  Among their set was the ever popular “Monday to Sunday” which featured on the first K’s Choice album, plus “Some Other Where” which features on the second, also the unforgettable “I Believe in Daydreams Too”, a tribute to the late Davey Jones of the Monkees.

Time for another female act now, as rising star Vanessa Murray took centre stage.  People often remark that Vanessa just oozes class.  It is hard to put your finger on why she is so good, and you find yourself wondering how a diminutive 19 year old girl can entrance every person in a packed venue with just her acoustic guitar and her voice.

But that is exactly what she’s done every time I’ve seen her play.  Her guitar playing is faultless and her vocal (which has been compared to Suzanne Vega, and I can see why) soars effortlessly.  Hear Vanessa’s song “Life’s Too Short” at track 6 on disc 1.

Finally, a pair of Wirral fellas who it is always a pleasure to hear, Shoes4Brakes.  With Gareth on acoustic guitar and lead vocal, and Simon on cahon and backing vocal, Shoes4Brakes took control of the stage and enthralled the audience still further.  The thing that always impresses me about Shoes4Brakes is that they seem to be able to give a truly top-rate performance without even trying – they just seem to go out and enjoy themselves!  They laugh and quip with each other and with the audience in between songs, and they interact during songs.  As well as being great fun, it’s contagious, and you find yourself drumming the table or tapping your foot.  A number of their tunes are now becoming well known in local circles, including the wonderful “Minnesota” which is on the first K’s Choice album, and “Stay” which had been played on BBC Radio Merseyside just that day, which features as track 3, disc 1 on volume 2.

Thanks to a lovely audience for very nearly buying up all the albums we had with us (don’t worry we’ve got more!), thanks to the musicians, you were all most excellent!  And thanks to all the other musicians featured on the album who turned up to support the event – Iain Till, Thom Morecroft, Mary McCombs, Terry Naylor, Chris Callander, Barry Jones, Freda & the High Tides, Simon McKelvie, Billy Kelly, Stuart Todd, Tony Kelly and of course Cal Ruddy (aka Rodney Trotter!).

I love all you guys n girls dearly! X

A few pics from the launch night – see if you can spot yourself! 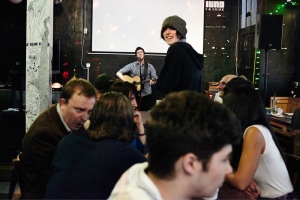 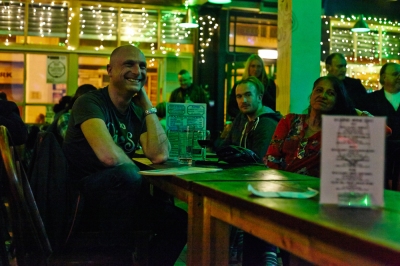 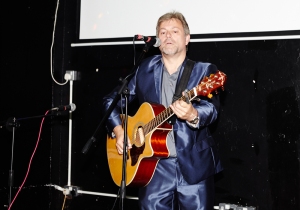 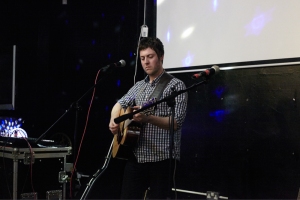 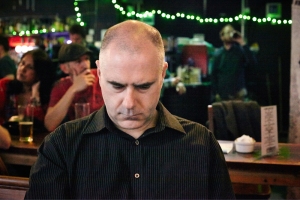 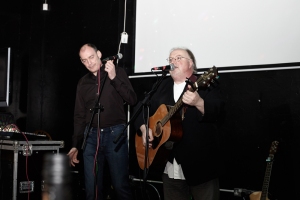 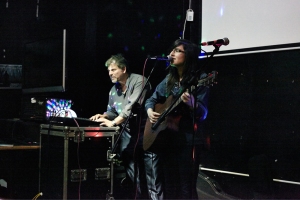 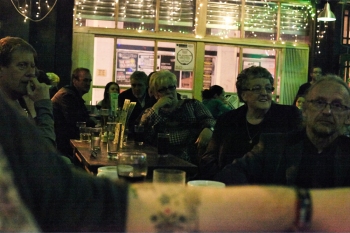 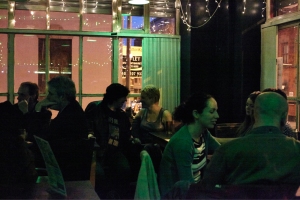 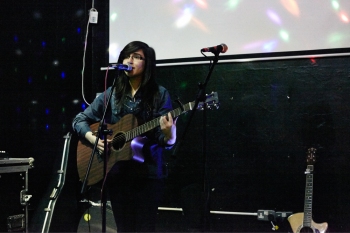